Numero #2 – Why China is Embracing the Circular Economy

by Johnson Yeh
Dr. Johnson Yeh joined the World Economic Forum in January, 2014, as the Associate Director in the Environment Team, leading the Circular Economy initiative.

The Chinese economy has grown rapidly and created tremendous wealth. Nominal GDP has grown 7.5 times between 2000 and 2013. Total household income has about doubled between 2005 and 2012 alone and stands to more than triple between 2012 and 2030. By 2030, the upper middle class will make up more than half of urban households. However, this rapid growth puts a tremendous strain on resources. China’s growth demands a strong supply of raw materials, water, energy, and food, among others.

One potential remedy to resource supply constraints and consequently high resource prices and volatility could be for China to further engage with the concepts and approaches of the circular economy.

The Chinese government has already begun to embrace the ideas of the circular economy, first formalized in the country’s 2009 circular economy Promotion Law. As one of the first nations worldwide, China embraced the language of the circular economy and has seen a great deal of success on many fronts. Some examples are its eco-city and eco-parks, as well as, factories clusters with advanced industrial symbiosis practices. But circular economy requires a global level collaboration along different parts of the supply chain, and China needs to think about its role in the global supply chain and how it can make these changes of design to circularity with the international players together.

The new circular growth model will be a great way for China to transition from a manufacturing dominated economy to a more service-driven economy. While the Chinese economy is much more known for manufacturing-intensive growth, rather than a strong service economy engine, circular economy service and capability needs play to some of China’s core strengths. One possibility is for Chinese companies to leverage their wide variety of manufacturing capabilities and strong local supply chain ecosystem to take a leadership position in remanufacturing and refurbishing space. This in turn could inform asset maintenance schedules and draw demand for effective reverse logistics services. Circular goods that are designed for circularity also means more frequent customer interaction, more possibility of upselling, and more opportunity to use maintenance as the main income stream for products.

Furthermore, with China’s worldwide predominant manufacturing position and natural resource wealth, Chinese companies could set recycling standards and define future global supply chains with recycled materials and remanufactured parts. As the Chinese economy matures further, it will eventually make a shift away from a predominantly manufacturing-centric economy and more strongly develop the service economy one of its growth drivers. The circular economy can act as a beach head into the world of services. Since many of these services require only marginally more skills than original manufacturing, China could make the move without the need for massive re-education efforts, effectively just adjusting existing infrastructure and workforce capabilities to new targets.

Moreover, the shift to the circular economy in China does not only apply to China as factory of the world, but also to China as the largest future global market. For example, growing consumption (private consumption share of GDP expected to rise from less than a third in 2012 to over half in 2030) could be met with asset-sharing, or performance over ownership business models. Successful examples of this globally include Zipcar, which allowed owners to lease out their car during idle times, and allowed customers with short term demand to pay a small amount for the short term need instead of having the need to own the asset in the long run. As consumer demands grow and develop, their preferences can still largely be shaped and adoption rates of new business models could actually be higher than in other economies. In addition, the sheer size and variation in income levels across China could allow for the sale of tiered products across various sub-markets. That means refurbished products could be sold in parallel to new products without noticeable cannibalization, and could even potentially dampen the extent of the counterfeit market in China.

China’s rapid build-out of cities across the country due to urbanization trends can be a perfect spawning bed for this transition to a circular economy. If properly designed, these new-built cities can showcase as a proof of concept for circular economy ideas as having strong economic and social benefits. China’s government has a strong track record of drafting and executing policy and infrastructure decisions. Therefore, China can be a great place for the resource revolution, starting with circular economy, to start.

via Numero #2 – Why China is Embracing the Circular Economy

MBDC’s co-founders William McDonough and Michael Braungart’s book “Cradle to Cradle” (first published in 2002) is subtilted  “Remaking the Way We Make Things” in most language versions. The Chinese edition is sub-titled “Design for the Circular Economy”.

MBDC is the leading consulting firm helping companies worldwide to design products and services for the Circular Economy using Cradle to Cradle® design principles and practice. Eliminating the concept of waste by intentionally desiging for safe, endless reuse is a key design principle originated and practiced by MBDC.

MBDC had an inspiring time at the World Ethical Apparel Roundtable (WEAR) conference in Toronto last week. WEAR, put on by Canada’s only not-for-profit fashion industry organization, Fashion Takes Action, brought together fashion and sustainability leaders as well as journalists and government representatives with the mission of transforming the global apparel and textile industries toward […]

Published on Greenbiz.com July 9, 2014 The World Economic Forum has appointed famed designer and author William McDonough to its new group that aims to advance the circular economy. As the leader of the new Meta-Council on the Circular Economy, he will be charged with overseeing programs to prove the benefits of a closed-loop economy to […] 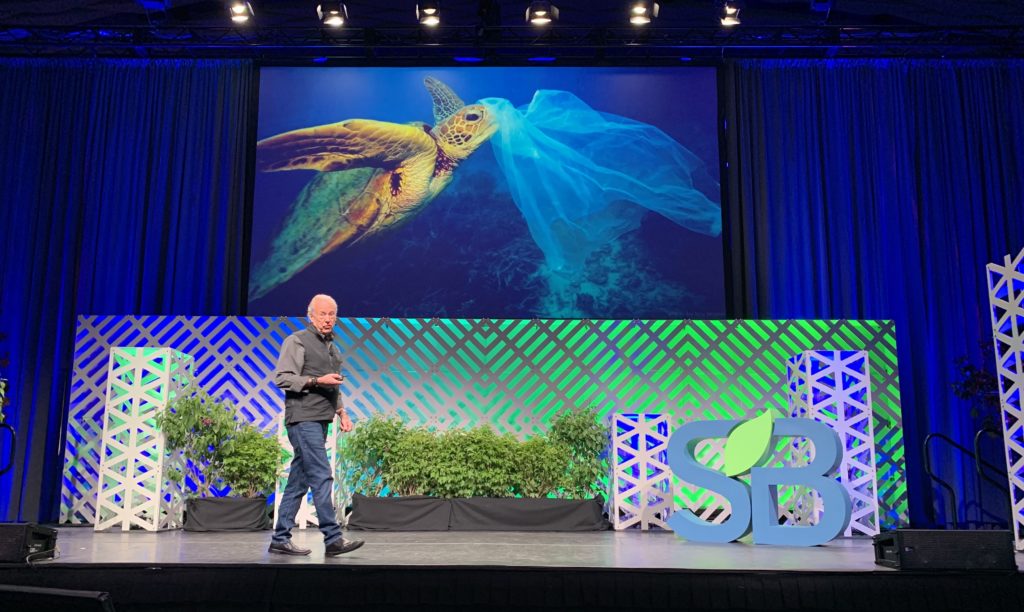